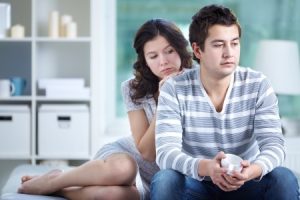 No matter who you are or where you live, someday in your lifetime you will encounter a frantic parent yelling their child’s name. It could be in a crowded shopping mall, a grocery store, a park or a train station– whenever kids are in public, there’s always a chance that they could go missing. It’s scary out there.

In order to protect your child from becoming a statistic shown on a milk carton as “missing” there are several things you can teach him or her, starting with, obviously, their full name, address and phone number. Practice saying that information aloud with them until you’re sure they’ve got it perfectly memorized.

Next up, it’s vital to know where your children are and who they’re with at all times. Teaching kids the difference between a friend and a stranger, and how to deal with both, is your job. They also need to understand that it’s better to walk and play with others than alone– better to be in a group than vulnerable on their own, you know?

Tell your children that if they ever feel like someone suspicious is following them, making them feel uncomfortable, they should go to a place with other people around and talk to a person who looks like they’re an authority figure, such as a police officer or school teacher. And don’t forget to explain that any adult they don’t know who asks them to get into their car is someone they need to tell, “No.”

Should you ever have to face the fact that your child is missing, Specialty Private Investigators of Pittsburgh offers investigative services to help find them. Call 412-650-8550 for details.