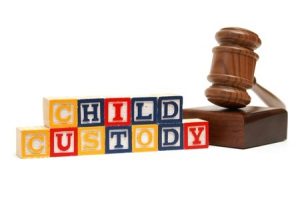 A child custody battle is never easy—after all, it is referred to as a “battle” for a reason. Who will the child spend the most time with: mom or dad?

Typically, parents fight this out in court before a judge when they can’t agree on their own what works best for them, and more importantly, what will work best for their son(s) or daughter(s). Often, as to be expected, the one spouse wants the other one to have as little time with the child as possible. Eventually, the court of law determines child custody terms.

In a court of law, several things come into play. Obviously, the best interest of the child is considered, and a judge will consider how a parent dresses, acts and speaks while there. Proper court etiquette does indeed matter—it’s not the time for joking around. Furthermore, the judge will look at documents brought to court that illustrate a parent’s questionable behavior.

If you want to show that your spouse is not the right person to win custody of your child, you should consider hiring a private investigator to collect evidence that he or she is unfit to parent the child.

Private investigators can stealthily watch a person and take photos/videos of their actions such as public drinking or drug use. Should a parent abuse or neglect a child, a PI can do his or her best to get evidence to show the judge those bad behaviors. Perhaps they are violent people in public, getting into fistfights or associating with known criminals.

Specialty Private Investigators, Inc., owned and operated by Michael B. Haberman, LPI, can help parents in Pittsburgh, Pennsylvania (and statewide) document the bad things about their spouse which should justify them not receiving custody. Call 412-650-8550 for a free consultation.