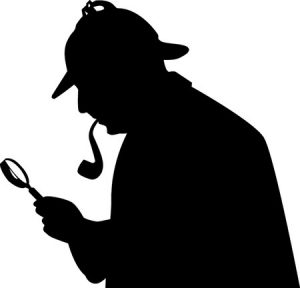 Private detectives are hired by individuals or groups to find out information that otherwise might be difficult or seemingly impossible to find.

As long as people have existed, there have been private detectives in one form or another as spouses wanted to know if their lover was cheating on them.

With regards to the profession’s modern history, it was in 1833 that the first known private detective agency was started by Eugene Vidocq, a French soldier/criminal/businessman. Vidocq created indelible ink and unalterable bond paper as well as made the first plaster casts of shoe impressions. A detailed record-keeper, Vidocq is the kind of historical figure movie companies make films about. His life was definitely interesting as he and his fellow detectives took on matters the police wouldn’t or couldn’t do.

If France was the birthplace of the modern detective agency, England and the United States were the other two countries where agencies formed and flourished in the mid-to-late 1800s. Allan Pinkerton set up the Pinkerton National Detective Agency in 1850 in the USA and became well-known for discovering and foiling a plot to assassinate then President-Elect Abraham Lincoln. Pinkerton’s agents performed a variety of duties, including undercover investigations and serving as armed security when needed.

Pinkerton hired Kate Warne in 1856– she was the first female private detective in the USA. His busy agency had a logo with an eye on it and the words “We Never Sleep,” which inspired the term we still use today: “private eye.”

As America grew, so did the need for private detectives all over the country, investigating infidelities, insurance fraud and corruption in business and government.

In the Pittsburgh area, since 1995, Specialty Private Investigators has helped clients obtain the information they need and deserve regarding legal and personal problems. Investigator reports are court ready and have, in the past, proved vital to client cases involving fraud, child custody, and divorce. Call 412-650-8550 if you need a private investigator to work on your behalf to discover the truth.